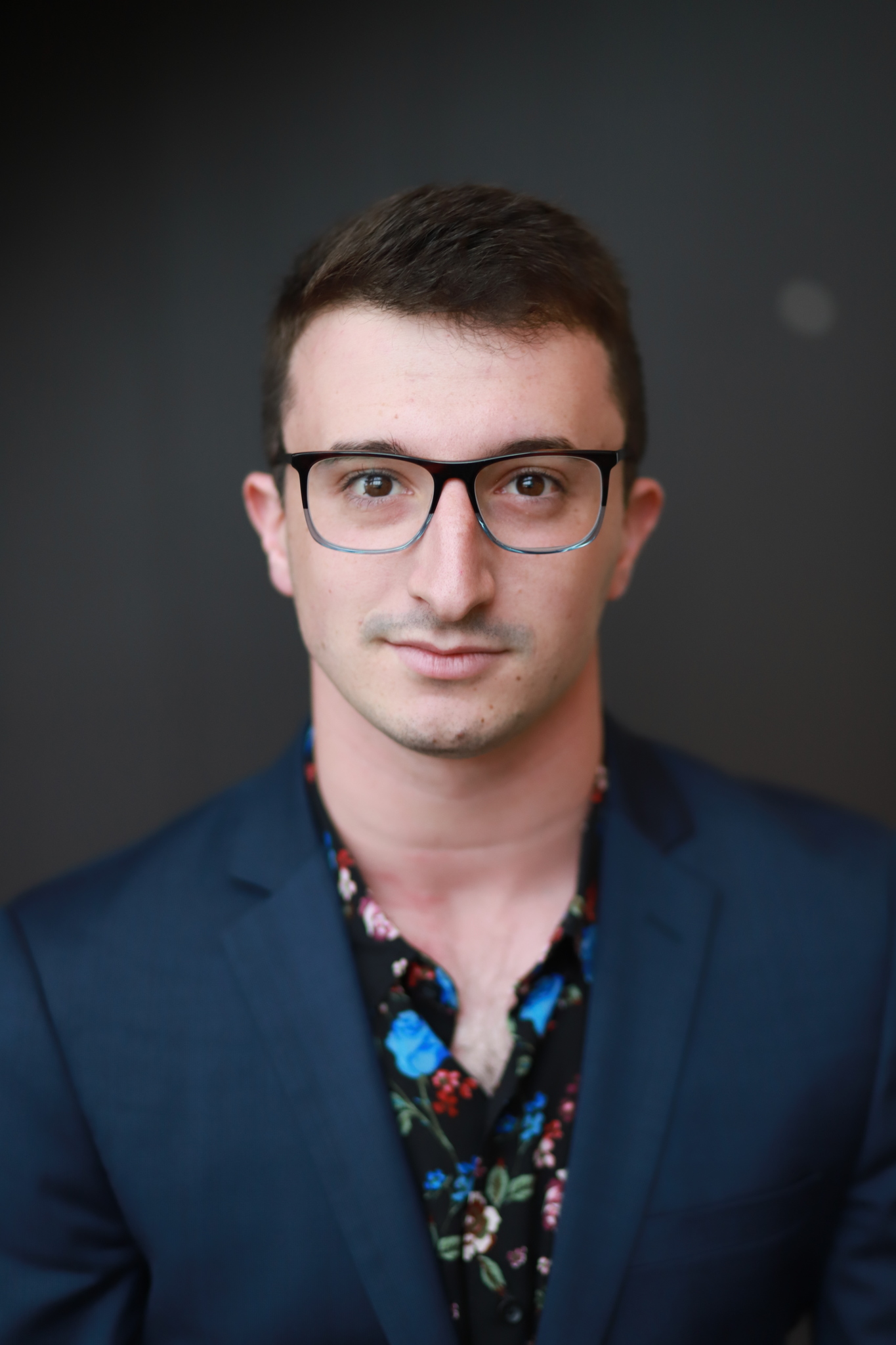 Q: What has been your professional producing journey, and what was the most recent show you were working on?

Taking it way back, when applying to college, I thought I knew that I wanted to apply to all business schools. So, somewhat counterintuitively, I applied to all business schools before my parents actually convinced me to apply to musical theater programs as well. I applied to the University of Michigan and Carnegie Mellon, and when I got into Michigan, I absolutely fell in love with it. I went to Michigan to study musical theatre and business, and after my sophomore year, I came to the conclusion that I wanted to produce as well as perform. So, I interned with Disney Theatrical Group on Broadway, from which I was able to form at least a basic understanding of the industry in New York.  From that experience I thought, “Well, ok. What’s the point of producing if I am not producing what my friends are making?” So, I collaborated with a brilliant friend, Noah Kieserman, on his wonderful, new original musical ‘SHEL,’ which we are still working on and just finished an awesome set of demos for with some amazing Broadway stars here in New York. We did that first workshop production in Ann Arbor in 2018, and it was a really terrific experience for everyone. Going forward, I interned at Jujamcyn, a Broadway theatre owner, that following summer before my senior year and I figured if we could do one thing well that prior year, ideally we could do three things well the next year. So, I founded my production company, Runyonland Productions, in Ann Arbor, and we set out to do a three show season comprised of a new play by Geoff Packard centered around the effects of Huntington's Disease on families, a concert version of Stephen Sondheim’s ‘Merrily We Roll Along,’ and a reimagined version of Adam Guettel’s ‘Myths and Hymns.’ For that, we took the original songs and themes and we added a book and made it a piece on religious tolerance by adding speeches from a rabbi, an imam, and a priest from the Ann Arbor community. In the midst of that, I started working remotely during my senior year for Disney Theatrical again, and then eventually moved to the city and began working with them full time. In the meantime, I branched things out with my production company and started producing independently. I produced on ‘Slave Play’ and ‘AMERICAN UTOPIA’ on Broadway. At the same time, we kept things running in Ann Arbor and Began speaking with folks in other cities who were interested in creating new work within the University framework. Now, we are producing a couple of exciting shows on Broadway (depending on what that looks like going forward obviously), and lead producing our first show off-Broadway by Douglas Carter Beane for which we have an amazing star-studded cast coming on, which will be really exciting when it’s announced this summer.


Q: Do you have any mentors or important people in your life that have shaped the way you make art and or think about the arts?
‍
I have one trillion, everyone does, I hope. Some of those important mentors for me are everyone from Brent Wagner, the former chair of the Michigan Musical Theater department; Vince Cardinal, the next chair of the Michigan Musical Theater department; Mike Isaacson, Josh Fiedler, both are wonderful amazing producers in the business; Greg Nobile; just folks who have really been able to say, “I've been in your shoes, here’s what you need to know”. Broadway producing is peculiar in the sense that there are extremely few real classes on how to do it, and there certainly isn't just one way to do it. There is no textbook, so you don't really know what's happening until you pretend you know what's happening and go ahead and do it for the first time.  So, that's what we did for ‘Slave Play’ and ‘AMERICAN UTOPIA’ — we worked with some amazing lead producers who are friends and mentors and just kind of soaked up all of the vocabulary and best practices to form a more full-fledged understanding on how we can now go and take that knowledge and take the reins and work on our own projects and support up and coming artists. I think it is also fair to say a lot of the learning in our industry happens through reading. It is so important to understand the history of the field and to learn about the producers who came before, from David Merrick, to Cy Feuer, to Kermit Bloomgarden. It is so important to understand the shoulders we are building upon.


Q: What inspires you and drives you forward as an artist and a person?
‍
I think what drives me and a lot of other producers forward is the true love for both the art and the artists in the room. On some very basic level, we all just really love being in a room together. Theater is just being in a room together with a bunch of wonderful people that have this amazing creativity, kindness, and respect for each other. Being a producer for me is working to create those rooms with the best, most wonderful, kindest people that we have.


Q: How has the COVID-19 pandemic affected you as an artist?
‍
Our entire industry stopped, so it's kind of a two prong-dance. So first, working with Disney Theatrical Group has been a blessing, because I have been able to work remotely and still make a salary that pays my rent. But also, our shows are shut down and we don't know how long that will last. That is already two months of no income for most artists, and it is of the utmost importance to pay these artists and actors, so both myself and many of my friends are being laid off with no salary because there is no production income. On the Runyonland front, we are in the midst of sending out offers to the cast for our upcoming show, which has been so interesting because we ask ourselves, are we the only ones sending offers? What does it mean to send out a job offer right now? But luckily our show is not scheduled until December, so in a good world — that I hope we live in — we will not be too affected. I imagine Broadway will be back around September and hopefully by November we will be in rehearsals.


Q: What social changes and responsibilities have you seen people making during the pandemic?
‍
It is hard to say what it will be, because we are all shut down right now. We have self-immobilized to protect everyone from large-scale transmission, which is a good thing. There are heightened cleaning methods being implemented in the theater and offices. Even a few weeks ago when we were in the offices in Times Square, everyone's computer was being cleaned every three hours. They would say to us, “Please move, we are spraying your entire desk.” It was both good and disquieting, because that was before we understood the scope of the virus in the U.S. The largest societal change will come when we are back and have to say, “Now, everyone, it's time to come back. I know you may have been out of a job, but please come spend your time with us in a big room and pay a price to be here with us.” I wonder what the public will say, we all do. Is there anyone who will buy a $150 to $500 ticket to bring their family of four to the theater? How many people will want to come on $50 tickets, or even for free? Will we run theaters at full capacity? Half capacity? Will we sell concessions? Will we need to close several shows temporarily? How will society look on the entertainment front? On the travel front, I think things will bounce back. The first thing to come back will be people getting flights, and they will book hotels. But will they be booking movies anymore with the shift to streaming that is happening now — will anyone want to buy a $20 movie ticket? Will people immediately come back to Broadway for, in a lot of cases, $100 a ticket? It is hard to say what that will look like as it all starts back up. Will there be a new normal? And what that will be? The cost of running a show will not change, and something's gotta give. There is so much uncertainty right now. We will just have to see what happens next.