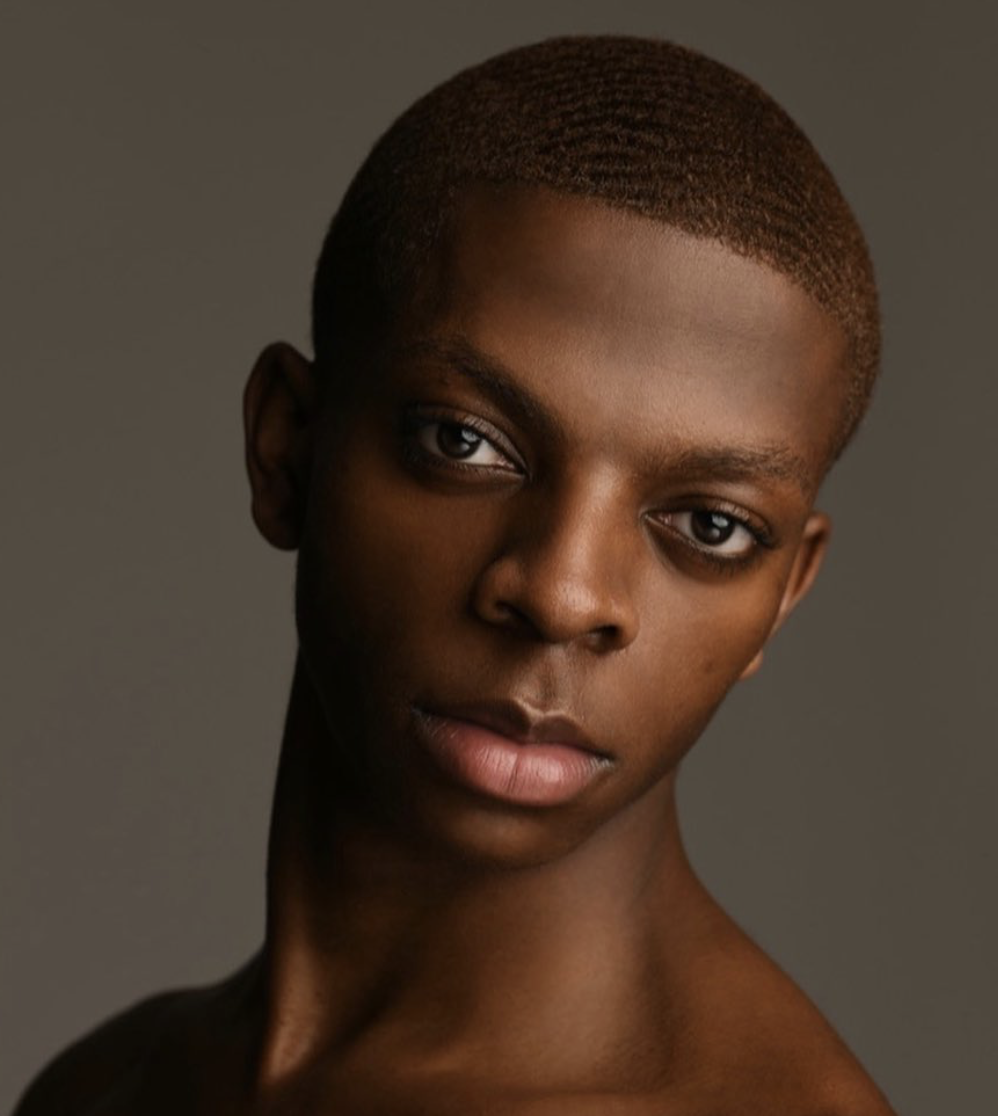 Q: Can you talk a little bit about how you first began dancing?

My mother always said I was dancing around the house and whatnot. She noticed that I was, I guess pretty good in her eyes. So we went to church a lot and they had a praise team, and the leader in charge had her own studio so I started to like dancing and trading with her like just to him was article and like lyrical dance very like close to home, nothing super classical technical yeah at that point so that's why I started, and I was in love with it. Ever since then so yeah but dance in general.

Q: What has dance taught you that you have applied to your everyday life and how you engage with the world?

Dance has taught me to be more open-minded, optimistic, and responsible. In my everyday life dance has shown me to listen to others and take things in and really process and think about what I'm going to say before I say it. While remaining more aware and focused I have learned great spatial awareness and to not just run into people but to be cautious of how people are like relics around me and how they treat myself and others.

Yes, September 2016, my grandmother passed away. And she was the one to help pay for my first ballet class, and she always enjoyed watching my ballet shows and other dance pieces. After her passing, I didn't want to go to the dance studio, but I knew that my grandmother would have wanted me to, just as she wanted me to train and perform. I kept going and pushing through and being able to perform and dance knowing that she's here with me in spirit has helped me get through

Q: What else interests and passions Do you have either inside or outside of dance that help influence and inspire your artistry?

I'm very interested and passionate about music in general, Learning to play and read music has helped me to better understand various dance timings and counts. I feel that I'm very musical with my steps and movements and that has inspired me in so many other ways. When I moved to (current location) I began taking voice lessons and singing has become another way to express myself. In dance a lot of the times you are silent with your mouth but not your body so its been good to express myself vocally. Then when a work asks from voice or graph, I know how to breathe and enunciate in a way that is effective during a performance.

Q: What have been some challenges in either your pre-professional or professional?

During my second year of living in NYC, I did New York Fashion Week. I had only one day to learn the set choreography, but it wasn't just smiling and walking. I was also dancing and one of the only male dancers in the show. I felt a lot of pressure and weight to pull off a good show. I was being recommended for the smallest movements and the simplest steps that it needed to be. very detailed in order to make this show.

So I thought that was a very challenging experience for me professionally pre-professional. I feel as though. Maybe. What was the question about what you said heart was hard about it right

I feel as though I’m being able to, or getting the chance to learn other techniques and styles. While only having previous valued training before I went to the elite school, I had kind of an Horton in myth gram before I went so the challenges were going to lie for the first year not knowing a lick about Graham, thinking I knew Horton but realizing that was completely not educated. A lot of the teachers were very stern but also passionate about it wasn't coming off as rude to me but it was a very humbling experience was like you know you that think that you know at all but think that she knows something and then find out that it's all like wrong or not, you know, adequate so that was tough for me so I was like, oh wow I thought this is what this was and about the counselor this and just took a lot of humbling and listening, in order to like grow and like really study and master these techniques so that was a hardship that I had with dance, professionally was learning other styles that I thought I was used to, or that I knew and I was completely wrong. So, yeah, absolutely.

I was unable to audition for our spring show, which would have been my final performance at Ailey. We were kicked out of the school and some of us living in the dorms had to move out. I was planning to get a job and start my dance career while auditioning for my dream dance companies and performing. The pandemic has put a big pauses on those plans

Q: Can you talk a little bit about how you felt during the initial cancellation when everything started to close down and what process you're in?

I was actually out at work which was a non-essential business. I was work part-time. So, when Governor Cuomo ordered everyone to stay home and employees shouldn't be out, it was my last shift and I was, I was already confused as to why I was at work anyway.

Initially, during that time I was confused, I was frustrated, I was caught off guard in a shocking surprise. I had so many emotions, it was like layers coming in waves so rapidly because I mean I was already thinking that we were going to eventually have something happen but it was still unclear. When it came to my job I needed the money, obviously, so I wasn't sure about how the money was going to come in, and then I had got an email from the school saying that we had to move out of the dorms. It was a lot for me in that certain specific time.‍

Q: What social changes have you been seeing going on during the pandemic? ‍

I have been seeing my fellow dancers and other artists posting a lot of videos with themselves adapting by counting to create and move. Whether it be in their living room apartment parks around the city or even on rooftops. And I've also seen other dancers filming and doing yoga classes outside.

Q: How are you feeling as a pre-professional student going into an artistic world that isn't going to look the same when we get back and being completely shut down right now?

Okay, so I'm currently trying to stay positive, but I am scared. I always plan ahead and lay everything out and try to stay on top of things. So I don't like to procrastinate or fall behind and It's been very stressful for me to plan for the future. The future for me Is like a blur now. I'm still trying to I guess plan my training, as far as that goes, since I know a lot of professional opportunities are not going to happen and auditions are going to be postponed. So I'm currently talking to other teachers and directors I know to see if they're going to open up certain studios, and when and how can I stay in shape. Once the dance studios start opening up I have a plan, which is to just keep training but for now, I'm still very curious and unsure about what’s next.

After the pandemic ends I feel there should be more opportunities in general for artists and performers, and maybe we can find a way to come together and support each other financially to make it happen. As for diversity, I feel that a lot of people are very closed off to certain racial groups and they need to open up even more than what they think they are by just having one person of color, or another ethnicity, other than Caucasian in their companies or project.

Maybe a lot of it like you stated before, a lot of the classes should be open, more so especially online to people who can access it in, through their phones or computers or iPads at home because they can't go to the studio. I highly doubt as me personally I think it's messed up that you want to require someone to pay for online classes, if they can afford it, if there's someone who just wants to join in and like, get their exercise for the day I feel like that should change for people who don't have opportunity to come into the studio, like you said, so I believe that that's a good idea.