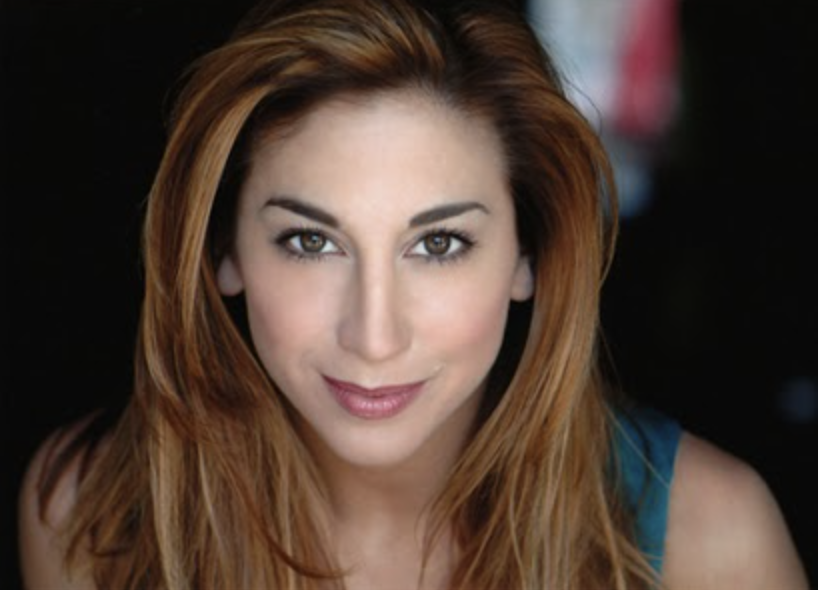 Q: Can you talk a little bit about how you first became involved in the performing arts?

I always was a dancer. From the time I could speak, I was always saying I wanted to be a dancer, and I just never stopped. I think most little girls grow out of that ballerina dream. And that just kept going for me. It was a way to differentiate myself from the rest of my family. My dad is a dentist, my older brothers are doctors, and this was my own thing. I cut school to audition for Juilliard and didn't tell my parents. Once I got in, I had to tell my parents. They let me go there for college and it definitely changed the course of my life. It taught me how to be an artist, how to live as an artist, and how to work as an artist. And here I am.

Q: What has the performing arts taught you in terms of how you view the world and engage with the world around you?

Discipline, discipline, discipline, the idea that there is nothing free in this world that is really worthwhile, and that if you work hard, and you work at something well, you will become an expert. And nothing can make you richer than having purpose in life. So, it's not about financial reward for me. It is about feeling purposeful and feeling like you're doing something that has meaning.

Q: Have you always been a choreographer or was there a transition moment from performing to choreography and what did that look like for you?

I was always choreographing, even when I was performing. For a long time, while I was performing, I was also choreographing my own work and assisting other choreographers with their work. On Broadway, I would assist and choreograph during the day, and then perform at night. Little by little, it just became much more interesting to be creative by day. I slowly preferred the process part in rehearsal room in the dance studio to being on stage.

Q: Can you talk a little bit about what is something that you've learned that may not be obvious to an outside viewer in terms of choreographing major Broadway shows?

Q: Can you talk about some challenges either in your pre professional or professional dance and choreographic career?

You have to like the word “no” to be a professional dancer in New York City. I auditioned so many times, and was rejected over and over until I finally got my first job. And then, it was hard to get a second job. It took a very, very long time to prove myself as somebody worthy in the community.  And then, you know, I had a lovely career dancing and performing, and wanted to start choreographing so I basically had to start over again. I had to take the humble pill and start back at non-union gigs and travel all over the country to get choreographic work. It felt like starting a second career from scratch, even though it was the same community.

I think there's no better platform. I do a lot of work on gun control. You can look up Artammo.org to see the work I do. Trying to convince somebody who opposes what you believe is impossible. We all know this, and yet we do it as human beings. We'll go to a dinner party and we'll meet somebody who disagrees with what we think and we will try and convince them why we are right and why they are wrong. That will just make the other person yell louder and dig their heels in deeper. There is no sense of mutual trust, real communication, or listening happening. That's not how our brains work and we know this, but we do it anyway. But with theater, you can create empathy. And I promise you, I've seen this over and over again. The only time I have seen people change their minds is when they go see a piece of theater that moves them viscerally and bypasses their brains. Especially that reptilian back part of their amygdala that keeps them activated and arguing. But theater and dance can bypass that and make a person feel something that they have never felt before. And that is singularly why theater is the most important tool we have to become closer to one another in this world.

Q: Can you talk broadly about how the COVID-19 pandemic has affected you as an artist in the communities that you're in?

Yes. It means that Broadway is shut down because of COVID. So, I was in the middle of previews for Mrs. Doubtfire with Almost Famous on the way this fall. Nobody, including the producers, knows when Broadway will open up. We're waiting with bated breath about what the governor will say and what we think is the right thing to do. Everybody's brainstorming about how to make theater come back in a safe and exciting way. And meanwhile, my husband is a doctor, so we're dealing with the fact that he's working in the COVID units right now. It's affected us deeply. I have a two year old daughter so I'm spending a lot of time mommying. And I see a lot of content on Facebook pages of people singing and dancing and all of that is awesome. I take it in and I really enjoy watching it. I do feel like we are artists because we are still artists even if we're taking a break from actually creating something or performing something. You're still an artist. I think it's important to just give people the time and the space to just experience this any way they need to.

Q: Can you talk a little bit about when New York City started to shut down and what that looked like for you?

Well we were in previews, so audiences were coming. We had three previews. It was a very exciting week with the first preview and it was packed. By the third preview, you could tell that there was like a weird trepidation in the space. The news was getting grimmer and grimmer. I turned to the director and I said, “I really think we're gonna get shut down”, and I didn’t necessarily think it was a bad idea. I thought, okay, four weeks and then we'll see each other again. So, bye, see you in four weeks. We had our last preview, which was a Wednesday night. I think it was the 12th of March, and then I think the 13th was a Thursday. I could be getting the dates wrong, but it was somewhere around then. Thursday, we came into rehearsal in the morning. And by two o'clock in the afternoon we were getting word that all the producers were sitting in a meeting room talking about shutting down Broadway. And by three o'clock, we had a cast meeting in the house to shut things down. That was it. I'm in my shoes, my sneakers are sitting on the desk in the auditorium of the theater because we really thought we were just saying goodbye for four weeks. Mrs. Doubtfire’s prosthetic mask is sitting in Rob McClure's dressing room, and we were in the middle of making changes. So, there we were. When we come back, whenever we come back, we'll come back into rehearsal and we'll come back into previews. And then, we'll open the Broadway show.


Q: What have you been working on during this time if anything? What does a week look like for you?

I'm working on Like Water for Chocolate, which is very exciting. We're doing zoom meetings and we have this incredible band writing the music, LA Santa Cecilia.  They're amazing artists. So, doing a lot of that. I'm playing with my daughter a lot which is sort of a lovely gift. I'm a working mom, so I very rarely get to put her to sleep. These days, I'm putting her to sleep and spending a lot of time with her and reading. I go out for a run every morning. But creatively, it's hard to choreograph alone in an apartment, you know. I thrive working with dancers and thrive being around other people. So, like I said, it's a time to sort of experience this, and take it in. I feel like this will change my work and make it deeper in a way that I might not understand right now. But my job as an artist is to absorb this situation and experience it fully.

Q: Can you talk a little bit about how you've seen the performing arts communities come together? Either specifically the cast you're working with and the team, or just kind of broadly?

Our cast does zoom meetings. We did this beautiful video with a song from our show, Mrs. Doubtfire, called “As Long as There is Love,” and we each sang on it and then they edited it together. I'm seeing tons of those, the Metropolitan Opera did the most amazing zoom video, please google it if you haven't googled it. And so many Broadway shows have done these beautiful zoom videos of themselves singing, they’re really deeply moving. And what is so wonderful is that it sort of strips everything down to the fundamentals. You're seeing Audra McDonald, who is extraordinary, not in a sequined gown with her hair done and her makeup done behind a 24 person orchestra. But you're just seeing her in her living room in her pajamas, and she's equally, if not even more radiant because her talent is so singular. And that goes for other people too. So it's things like that, where you just sort of go back to the old essentials and we see the new essentials. We see the art in a way that is moving. It's moving.

Q: What would you like to see change and shift when we come out of this?

It's interesting. I do this program called Public Works, the Public Theater, in which we put 200 regular New Yorkers, a lot of people who are doing essential work right now, and we put them on stage doing Shakespeare. And it turns out that they are just as compelling as Meryl Streep. We can continue to work to make the stage look like what we want America to look like, and what we want the world to look like. And that means we want a diverse group of people on stage. People will follow what they see, viscerally and emotionally. That is how you change things.