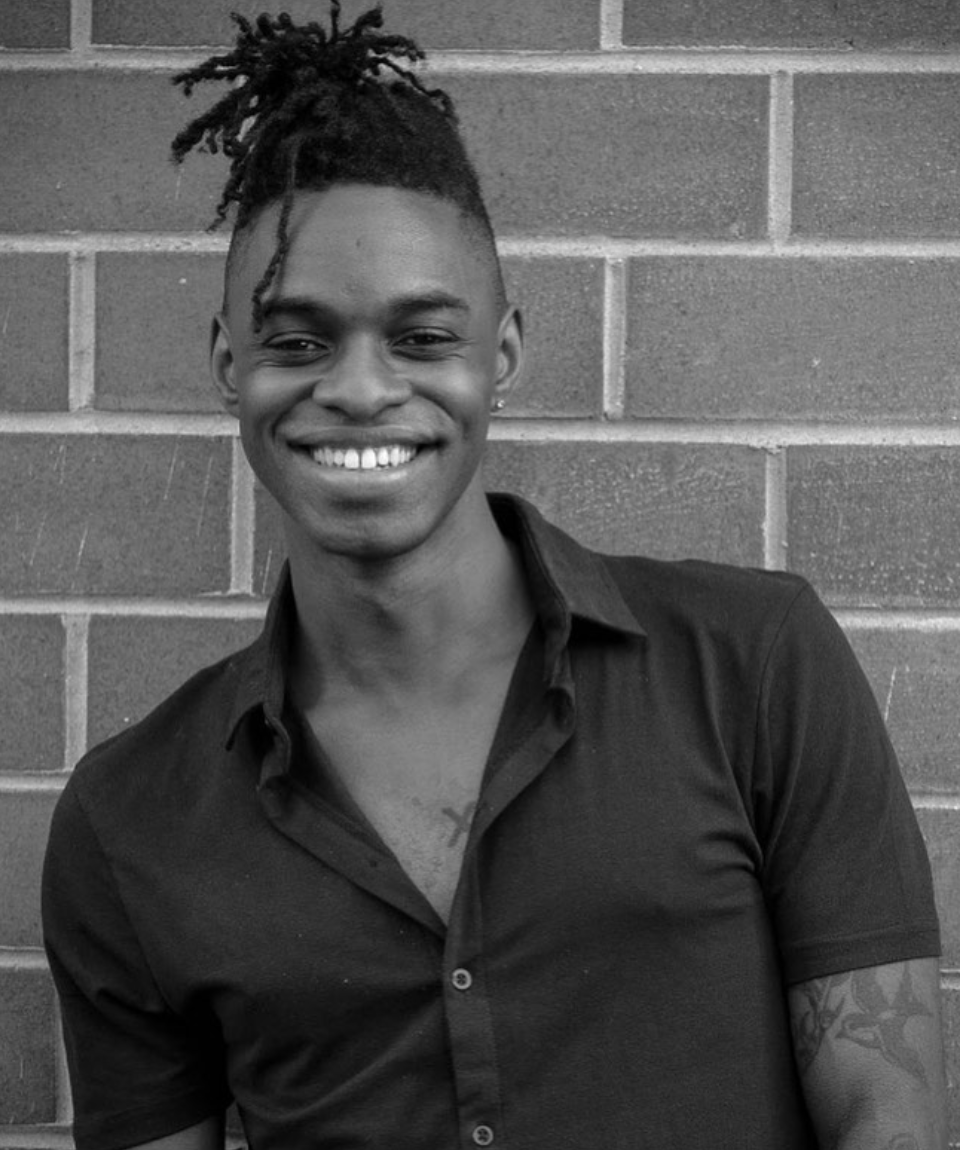 Q: How did you begin in the performing arts?

I started violin when I was about four years old, my parents started me out because they saw a group of Suzuki students at The Ohio State Fair and thought it'd be a cool hobby for me to do. Ever since I was little I always remembered enjoying it and I wanted to make it my profession. I knew I wanted to do that when I was about 12 years old. I moved to Chicago in high school to study with a different teacher and be a part of different pre-college programs and youth symphony and try to get on the track to become professional. I then applied for colleges. During my undergrad (New England Conservatory of Music) I really was focusing more on orchestral playing. While I was there I also started developing my business as a music producer, and now at my school (University of Michigan) I'm able to do both and it's been really great.

So, I'm adopted, I have two dads, and a sister who's adopted from Honduras. We're not like the classic family that you're used to meeting, I guess, but it's always been normal for me. I'm super grateful that I had the opportunity to live the life I've had. My parents have always been super supportive of my music making, and they're the ones who got me started in music so I really owe a lot to them. They sacrificed a lot to make sure I was able to pursue this. I forget to talk about this sometimes because it's so normal to me. It's funny, it's an interesting reminder that we're all very different. We all live different lives and have different upbringings and experiences. But I'm really blessed that I've had the opportunity to have them as my parents.

With the Sphinx Organization, I first did the competition when I was about 12 years old. It was an amazing experience. I hate competitions usually but what I liked most is that it's really a family, it's more than just, you know, a competition. They supported me throughout my artistic journey, since I was 12, whether it's helping for camp scholarships or linking me with certain teachers and faculty members or helping with the whole college process, they've really been a great backbone, and they provide me with a lot of performance opportunities, most of the performance opportunities I do now are actually with the things which are OSI which is a touring Chamber Orchestra.

I think the biggest challenge that a lot of musicians struggle with is trying to figure out exactly what you want to do with your music. I feel like it goes from being a hobby, and you know you like it but then trying to figure out which lane you fit into the best, whether it's classical music or non classical music or orchestra chair music. There's a lot of different avenues you can take within music. I think figuring out exactly what fits best was the hardest for me. Now that I'm out of school, just the daily challenges of making sure that you're getting enough gigs, making sure that you're staying organized and onpoint and prepared enough for everything is always a challenge but it's part of it.

Q: How can music be a platform for social justice issues?

We have our voices on stage that we can really influence the way audiences think about issues, that’s one thing. During performances we can reach in, especially with the internet we can reach so many people and have a platform. As musicians, things that we can make sure to do is highlight music from Latinx and Black composers, and we can play a lot of programs that are mostly new music composers. We try to highlight all sorts of different issues during our performances. My friend Xavier Foley wrote a piece called “For Justice and Peace,” which was commemorating the 400 years of slavery, or since slavery started. The audiences aren't always comfortable with it, but I think it's our responsibility to at least highlight different stories and educate them. The performing arts definitely have a huge platform.

I think most obviously the pandemic has completely stopped all live concerts. So, I was actually on tour when it really hit hard here and the quarantine started. We luckily got to finish our tour, but we had a few concerts coming up that got canceled and everything else has been shut down since then, too. So, I’ve mainly been doing remote projects and recording at home. Luckily my music production business is all online, so that hasn't really stopped but most of the violin stuff is either stopped or changed. We've done a couple of video performances and I've done a couple remote recording projects or different albums, on violin. Yeah, I think it's definitely made a lot of people have to adjust and get equipment to record at home and think about that avenue more, so it's been interesting.

Q: What does a daily routine look like for you? What have you been working on during this time?

We're working on different things, mostly just working on making beats and working with different artists songwriting wise. Every day is a little different. Sometimes I focus more on music, sometimes I just take time to organize my life which has been much, much needed. It's kind of nice to have enough time to take a step back and evaluate and reflect on things so I've been trying to do that. Usually I wake up, make some beats, maybe go meditate. It really depends. Mostly I’m just working on my production.

Q: Can you talk about how the music world has adapted for online work and what changes you’ve seen in your communities?

Yeah, I've seen a lot of Zoom types of videos where there's 10 or 20 players playing together, pre-recorded but edited together. I’ve also seen a lot of ritual performances, which is really cool. I'm seeing a lot of online lessons being offered by instrumentalists. In the producer world things haven't really changed too much because it was already kind of all online, a lot of like making videos or producers collaborating with artists on split screen. I’ve seen a lot of Instagram Live videos of people collaborating which has been cool.

Q: How have you seen people's priorities change and shift during this time?

People are using this time to kind of reevaluate what's most important to them, which has been great. I think a lot of people are reconnecting with people they've lost touch with professionally and non-professionally. I think everyone is really taking the time to tweak everything about their life for the better. People are taking time to say, okay like I've been super busy and I haven't been able to address these things. So now let me address them and figure out what I really want to do or what's best for my career. Should I totally pivot and maybe do this? You know, questions that have been pushed to the side but now are getting addressed.

Q: Do you have any advice for recently graduated performing artists going into the professional world during this time of kind of uncertainty?

Right now it's hard because we've never really dealt with this type of situation, but I mean going into the professional world after school is always hard regardless. I think even during normal times it's really scary to be like, you know, I'm just gonna be gone from school and start a job or find a job or whatever the case may be. I know it's hard to accept but patience is really key, that and consistency. You know, nothing's going to happen overnight. And if it does happen overnight, something bad can always happen or come your way. I think being patient and consistent is key, and just understanding that if things seem uncertain it's not gonna last forever. As long as you're consistent.

The first step is just making a very conscious effort to program things that might not be, you know, the norm or traditional. Understanding that even if it's different, it's what needs to be done. When you go to concerts, especially classic music concerts, the audience has a certain set expectation that they're going to hear the things that they love and they always heard, and therefore like people are scared to program new music that's great or music that might have been overlooked. And I think that they think they're gonna have to sacrifice to do that but I don't think it's a sacrifice because I think when you program music that represents the entire community, you're going to get a response from the entire community, rather than just your bubble of audience that you're used to. So, if I could say one specific thing I think programming art and music that is representative of everyone, not just one small niche group would be great.

Q: What inspires you and drives you forward as an artist?

One thing I think I've been learning during this quarantine period is that I get a lot of inspiration just from just living life and being out and about and being around people. Being at home all day, it's a little harder to get inspired. But I find even if I just take a walk outside for like five or ten minutes and just get the vibe of the city or something that it's really inspiring to then go back and create or make music. So yeah, I think just like life in general is really inspiring. I know that sounds a little bit abstract but I definitely feel like that.