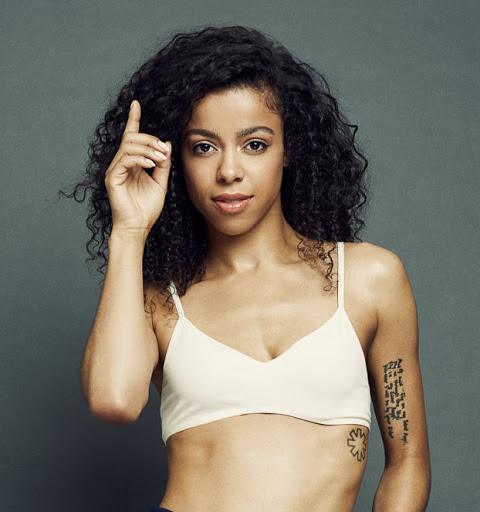 I started as a professional when I was 9. Prior to that I was going to a ballet school and doing ‘The Nutcracker’ every year. Other than that, I did my first professional musical when I was 9. I booked the first national tour of ‘The Lion King’ when I was 10. So I worked a lot throughout my childhood and in my teens. I took a break from performing when I was 16 and I focused on fine arts, painting and drawing. I went to school in Boston for fine arts specifically and I didn’t dance again until I was 22. I went to the Art Institute of Boston. I started auditioning again around 23 or 24. Currently, I’m with ‘Frozen’ on Broadway.

As a group, my experience with ‘The Lion King’ when I was 10 shaped me as a person and what I care about in terms of diversity and supporting the arts. I grew up in suburban Connecticut with a white mother and Black father — that was as diverse as it got for me growing up. To come to ‘The Lion King’ with people who looked like me and people who had such different backgrounds was so important for me. Today I am inspired by the people I am working side by side with. I am in so much awe of the people I share the stage with. Patti Murin and Caissie Levy were the original Elsa and Anna in ‘Frozen’ and the way they treated everyone with their professionalism onstage and their kindness and joy offstage was the type of work that makes me want to keep going in this field. It gives me an example on how I want to treat other people and carry myself.

Q: What have been some challenges in your pre-professional or professional dance career? (Adversity as a minority artist…)

One of the biggest challenges when I started back was that I hadn’t worked that part of my brain as a dancer to pick up dance material quickly. I was not used to learning like that anymore and I was not prepared for the speed at which choreo was taught. After school, I auditioned for the Ailey School and got in and went there, but in terms of picking up the combo I was so far behind. It was really disheartening. For a year and a half I had to force myself into as many classes as possible and be hyper focused on detail because I was a mess in that department… Now I feel like I can walk into most auditions and pick up the material.

Yes, it absolutely could and should be. The arts have the ability to be a platform and be a way to communicate with so many people across the globe because of the Internet and social media. I think if it wasn’t used for that it would be such a waste. I don’t understand celebrities that take the stance of being neutral on important topics because if you have the voice to bring knowledge to young people you should absolutely do it.

I am so deeply passionate about dance and performing… I have a goal I have worked so hard for … and once I get there I already have another goal in mind. Something stays hungry inside of me. I think, “If I can achieve one thing, what else can I do.”

We were told our show was suspended for a month on April 12… This means we are not dancing and performing. But I think that it will be extended for another month after that. I am one of the luckier artists right now because my friends who do freelance gigs… their jobs are just gone now. I am lucky that ‘Frozen’ is a very successful show produced by Disney Theatrical which has money to support us. Unfortunately, some of the other shows that just got to Broadway that are funded by smaller producers may not be able to open up again. It’s heartbreaking for the artists and the creatives who have put their hearts and souls into those shows just to not see it come to fruition. We as a company have that job to go back to for when the show re-opens.

Note: Frozen was the first show to be cancelled on Broadway due to the COVID-19 Pandemic

I was at my physical therapist’s office when everything was canceled. I got so many texts that were coming in and I texted my stage manager. He told me to check my email. The email said we would close for a month. We were so shocked because nothing like this has ever happened in the history of Broadway. I think a lot of us were just in shock. I can’t put it any other way. The people I am close to in the cast I FaceTime. With some of my friends from the show we text all day, or comment on each other’s stuff on Instagram. ‘Frozen’ is a really great company and when I go to work I get to hangout with my friends because it is such a fun cast. It is hard to be away from them.

Q: How do you think we can continue to create and share art during this time?

I think we’re already doing it. So many people immediately have stepped up and are teaching ballet classes online or on Instagram Live. Some of my dancer friends who are athletic trainers have been doing free workouts. We are holed up so people have been writing songs. I want to start painting and drawing and get back to things I couldn’t do with an eight show schedule... This is an opportunity to let other passions grow.

The first thing is offering service for free through Instagram and Zoom. Very rarely in America are things free… I think that gives hope in the humanity of it all. They say just from us staying that the air quality has gotten better and water is cleaner. [These are] good things happening from something scary.

Q: Do you think the pandemic will make us a more socially conscious society? If so, how?

I’d like to hope so. That’s something I have thought about a lot, actually. I think it would be unfortunate to quickly forget everything that happened. I think that there is a possibility. The modern world moves so fast and in America it is always the bottom line of how to make the most money. And that is not healthy, especially in the arts. A silver lining is that people have to slow down and spend time with their families. We’re appreciating the smaller things. Once stuff is back up and running I am afraid it will turn back into a rat race, to be honest.

I hope to see especially people that have been doing the arts lose the jadedness I have seen coming into theater. When you are new like me, there is gratitude and it’s fresh. You feel like you’re fulfilling lifelong dreams. But energy from other people who have done it for so long can feel heavy. At the end of the day, this is something we have all worked towards because most of us have wanted to do it since we were little. I would like the rest of the world to see how important the arts are… Art is always pushed to the back of the line and considered an extracurricular but the fact is the arts are very necessary. We are all watching TV and listening to music. Without it ... we would lose a part of our souls.