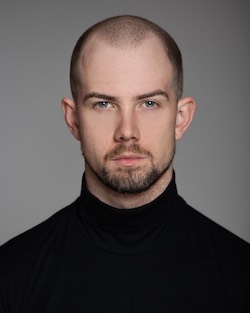 Q: How has the performing arts community specifically in Australia been reacting to the COVID19 pandemic?

"It is really rough here. It’s not as forefronted as say the States or England even; we don’t have a union for dance. We don’t have SAG-AFTRA. It is not a thing. There is not much that equity can do about this. Without equity and alliances we don't have the funds to help us out. We are lucky that the government has put together an artist bonus so if you are out of a job as an artist, you go online, make a claim, and the government will give you some money. Unfortunately, there are so many out of work –– it’s not just for artists, but for everyone. So if there are 300,000 people on the website, the website crashes. It is a pretty insane time. There is a line of, you know, 150,000 people around the block to go to the welfare office, and then 150,000 people on the phone trying to call the welfare office. There are a lot of groups like essential workers who still have to work, like doctors who need babysitters. There was a group my friend showed me the other day that was, Doctors looking for babysitters who were in the arts. That was just for people in the arts that could sing to their kid, or do a little dance for their kid and babysit their kids. While the parents are at work trying to save people the kids are at home with someone put out of work by the pandemic. It was a great thing to see. I know personally, the dance industry in Australia is really getting together to support one another as much as we can. Some friends of mine, Zoe Marsh, Kaitlyn Watson, and Cat Santos, did a “Home Feed” on YouTube. It was a live performance where they uploaded, say, a video that was six minutes of dance, and as soon as that finished they had the next one ready, so when you watched it, it was like watching a show. It was people performing in their houses from all over Australia, and it was so cool to see people all over our country get to perform for each other on a Friday night at 7:00 p.m. –– a bunch of us tuned into that."