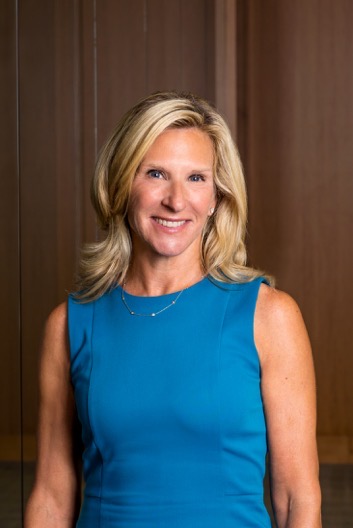 Q: How did you become involved with the performing arts? What has been your career journey?

...One of the things I've learned about the industry is the importance of supporting other people's projects—it's a very collaborative business. Because I have a modest amount capital to invest in shows, here's what happened: Roberto Gonzales, the author of “Lives in Limbo” introduced me to Jose Antonio Vargas. Jose actually wrote the introduction to the book “Lives in Limbo.” He is an amazing writer and advocate and when Jose and I met we hit it off. He also is a lover of theater. He was involved with the show “What the Constitution Means to Me,” and was actually working as a producer on the show.  I invested with him in the show. It turned out to be a commercial and a critical success, and Heidi Schrek was nominated for a Tony for her acting performance.  Jose was kind enough to invite me to the Tony Awards. That was last year in 2019, and it was at this awards show that Sergio Trujillo won Best Choreographer for his work on  “Ain’t Too Proud.” In his acceptance speech, Sergio spoke about how, when he came to this country working as a dancer and young choreographer, he was undocumented. I thought to myself two things: 1) anyone in this room who has already met me is going to think about my project and 2) I need to meet Sergio.  I was able to meet the “Ain’t Too Proud” Producer Ira Pittelman  and chat with him about the possibility of working with Sergio. He agreed it was a great idea to approach Sergio about directing my show.  [Sergio and I] met, talked about the project, and it really struck him as something of high interest.  It ignited his passion!  Sergio became my Directing partner...

Q: How the COVID-19 pandemic has affected you and your work? What were your initial reactions and how it has shifted your life?

I think it has shifted everybody's lives. Everyone was housebound, and all the work that you were doing in person with people is being done virtually. This is day-to-day living. I'm now cooking dinner every night. My adult daughters, who are in their 20’s, are living at home with me. It's a great opportunity to be with my grown daughters. I also think it creates a great sense of isolation, and it's very abnormal not to be in physical contact with your friends and family. I feel it's better now as there's a little bit more opening, and people get used to a certain way of being. People get used to this “new normal”, though I certainly don't want it to stay like this. The way this time has impacted my work, specifically “Lives and Limbo,” is that it actually created a great opportunity for me. So many of the artists that work in the theater industry have many, many projects going at once. They have things on stage, they have things they're developing, things they're writing, things they're composing, and time is pressed and limited. And so, during this time, Sergio and I have had this unbelievable opportunity to develop a fantastic collaborative relationship. I mean, I talk to him multiple times a day. That would have been near impossible in a normal time for the industry. I'd say that it really enhanced our collaboration and accelerated the opportunity for us to develop a relationship that would have taken so much longer to develop. So, I think that was just an unbelievably unique and wonderful opportunity...

Peggy Koenig joined Abry in 1993. Peggy is the chair of Abry. She has originated, supervised and sold numerous companies in Abry’s targeted sectors. Areas of focus have included cable television, marketing services, logistics and business services. Prior to joining Abry, Peggy was a partner and member of the board of directors of Sillerman Communications Management Corporation, a merchant bank making investments principally in the radio industry. She also has extensive media financing experience in industries including feature film production, cable television, and magazine publishing. Peggy received her MBA from the Wharton Business School and an undergraduate degree from Cornell University where she currently is a member of the Board of Trustees as well as a Board of Overseers of Cornell Tech. Peggy is attending Harvard’s Advanced Leadership program as a Fellow in 2018.