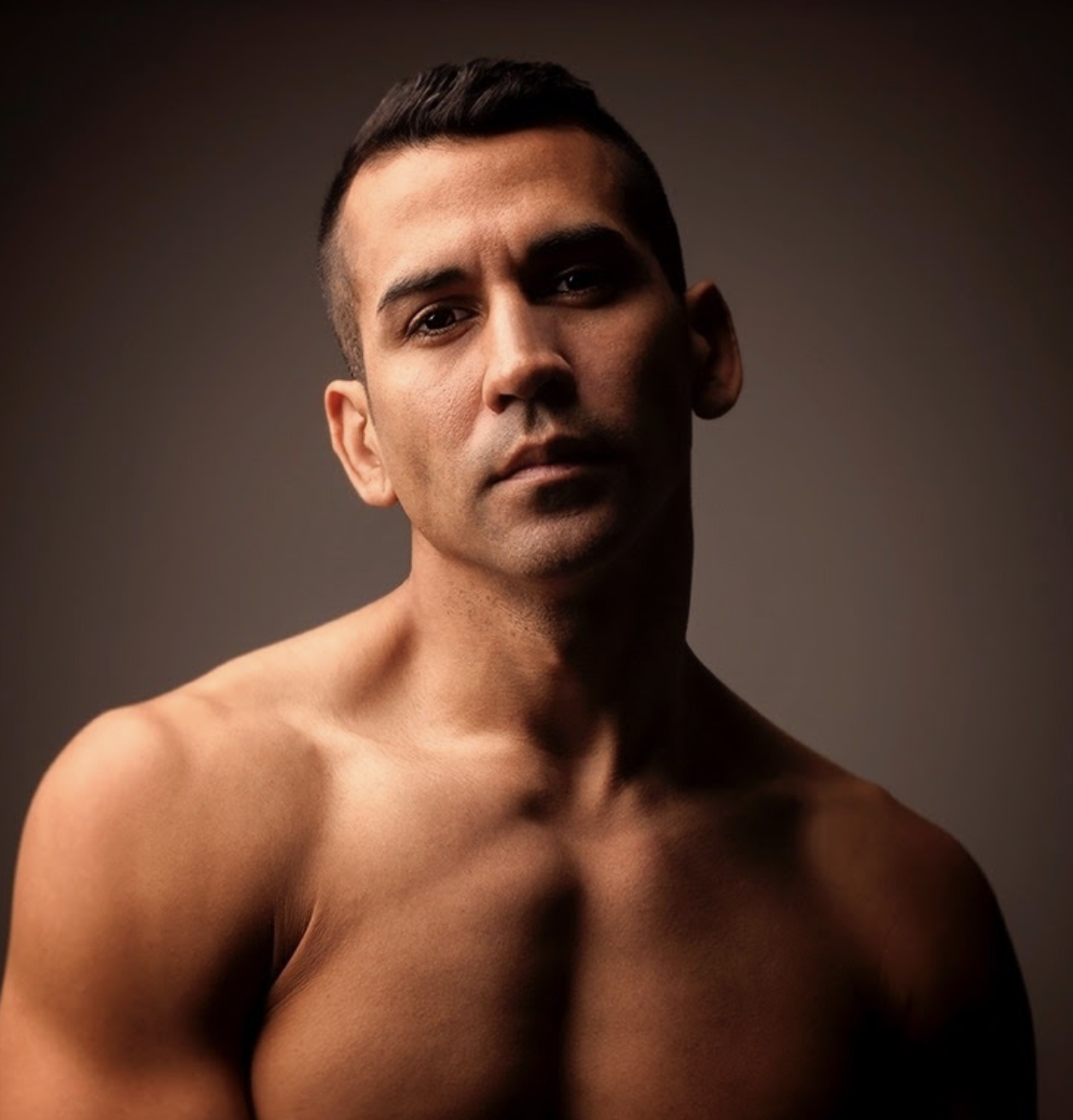 I have been very fortunate to see a lot of the world performing. Seeing different cultures and the way people interact. It has taught me we are more the same than we are different and gave me a new perspective to see how a lot of the things we do are wrong in the US and to just be kinder to people.

Q: What is one experience that really stuck with you in your work in commercial dance?

I went on tour with Celine Dion and I was dance captain of that show and our first performance we did we flew to South Africa and got to perform in the stadium where they had the world cup the last time and so I got on the stage and there were 600,000 people watching us and that rush of energy I have never felt anything like that. To feel that love and energy, it is like no other I have ever felt.

Q: Can you talk about what it is like being a Latino male in commercial dance?

It is hard to look on television and have people that don't represent you. That has driven me to be successful in this field. In our culture it is not considered masculine or whatever for men to dance. Things are changing. It is different even than when I started dancing. I felt like I had to be very macho for my dad. My dad was a semi professional soccer player. I was always nervous to dance and to see and hear what he thought or how he would react. Until I did my first big show and he came and had tears in his eyes and he was so proud of me. 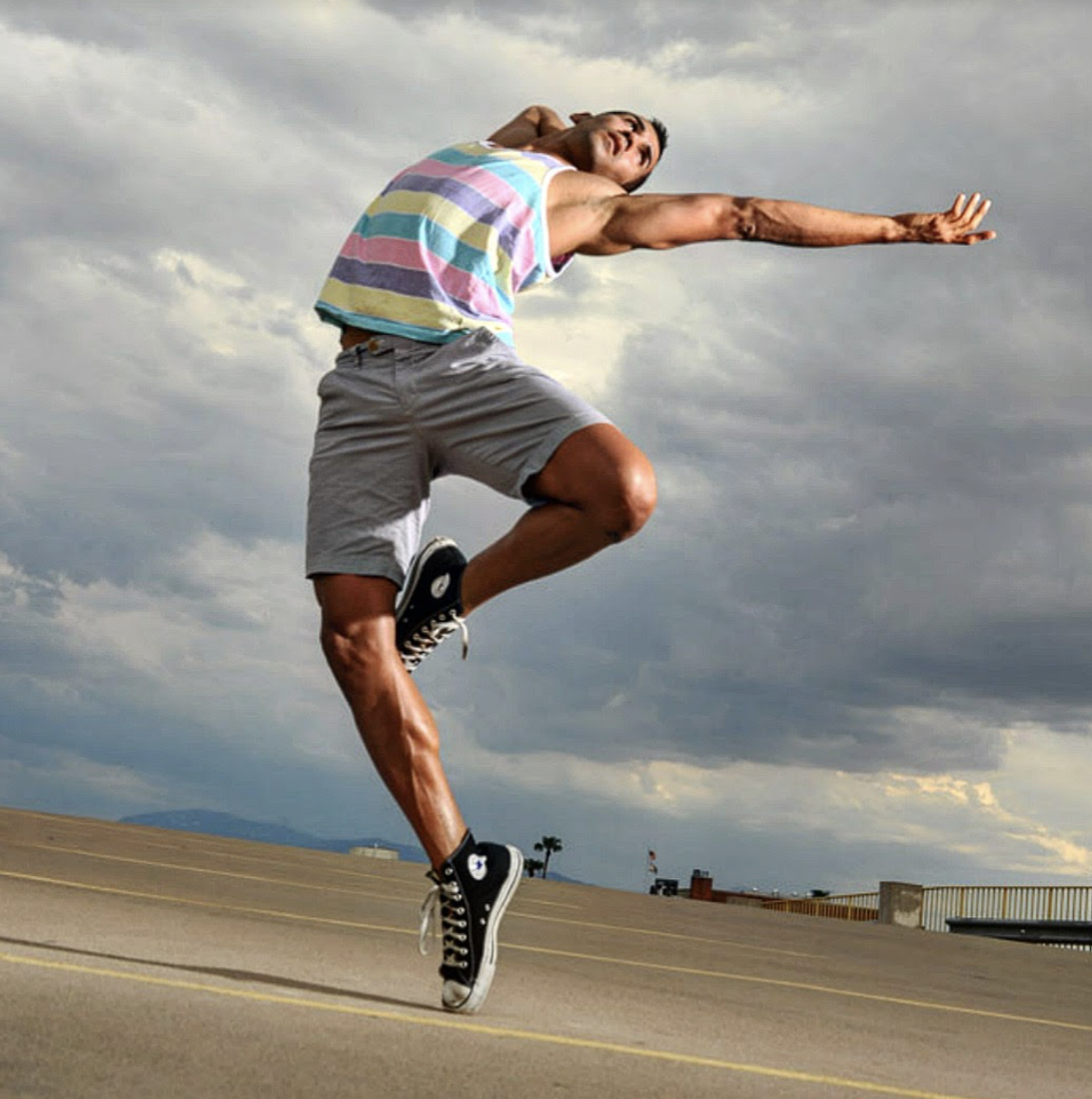 Miguel Perez Started dancing at the University of Arizona where he was fortunate enough to receive a 4-year scholarship for dance. He then went on to dance for both River North Dance Company, and Hubbard Street 2 in Chicago. After making a change from concert to commercial dance Miguel moved to Las Vegas to dance for Celine Dion “ A New Day “ at Caesars Palace. Once the Celine show closed in Vegas Miguel was fortunate enough to go on Celine Dion’s world tour “Taking Chances,” where he was also dance captain. After being on tour Miguel made LA his new home. He filmed two workout videos for Hip Hop abs and Dancing with the Stars. He’s appeared on Americas Got Talent, SYTYCD, and has danced with Leona Lewis on Dancing with the Stars.” Miguel was also a featured dancer in the show “Viva Elvis” for Cirque Du Soleil. He has performed on the Miss USA Pageant and Miss Universe. He also danced for Paulina Rubio in Mexico City. Miguel has filmed two movies “Behind The Candelabra” where he worked with Marguerite Derricks and "Ted 2 " choreographed by Rob Ashford. Other jobs he has done are a commercial for “Acura” with Ryan Heffington, BodyTraffic Dance Company, Shania Twain's show at Cesar’s Palace Casino in Las Vegas, The Oscars, performed with Taylor Swift on the AMA's, and The Kennedy Honors awards tribute to Rita Moreno. His most recent credits include "Steve Wynn's Showstoppers" at the Wynn casino and dance Captain for The Donny/Marie Osmond show. He has had the privilege to work with some of the most influential names in concert dance and commercial world like Jamie King, Vincent Paterson, Mia Michaels, Brian Friedman Tabitha and Napolean, Mandy Moore, Stacey Tookey, Bonnie Story, Tyce Diorio, Hofesh Schecter, Kyle Abraham, Victor Quijada, Richard Siegel, and Sidra Bell. When Miguel is not dancing he is also teaching for Cirque du Soleil’s shows, Universities, dance companies and studios all over the US. So many great artists have influenced Miguel’s career and his goal is to share his knowledge and inspire new generation of dancers.