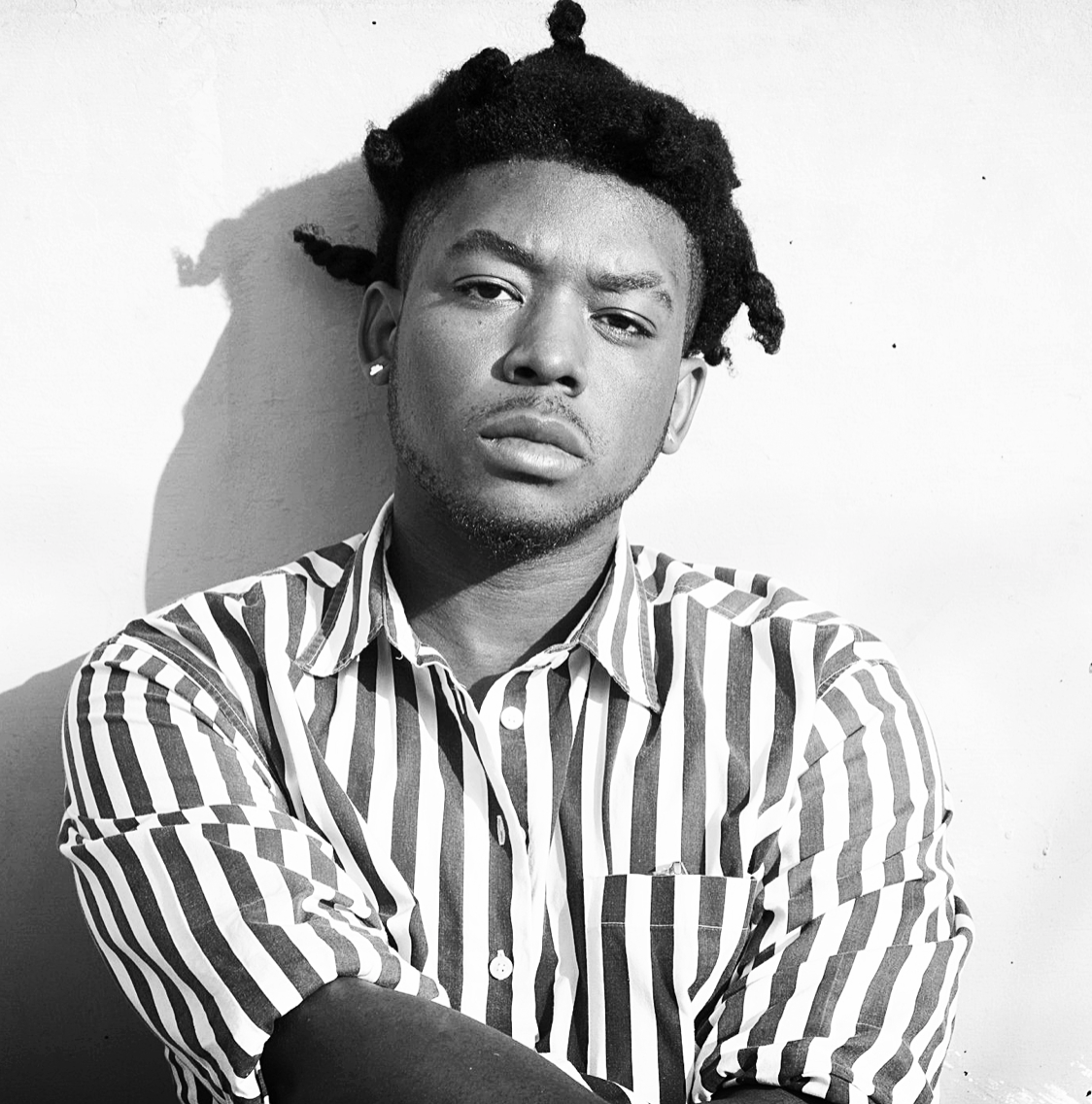 I noticed the biggest hardship was because I put myself in college. I paid for college. I'm still paying for college. And  the biggest hardship was noticing how much support from families  everyone else had or for the majority of everyone else there was my group of friends. I was pretty much the token. Their parents are flying from places  North Carolina or Bermuda, every weekend if not every other weekend and my parents went to work and  they never came to see me. So I was really getting that sense of, if I sign up for this I have to commit to it wholeheartedly. The kind of experiences I've had in my life...

Q: Can you talk broadly about how the COVID-19 pandemic has affected you as an artist?

It affected my personal living because I was actually trying to transition out of restaurant work. I've been in restaurant work since I've graduated, pretty much, and I saw an opportunity and I was almost out, but this happened. And so kind of put a knife in my cake. Basically I have to collect unemployment for my everyday living because it is so expensive. So it's  all these  anxieties  floating around. But in terms of my actual,  freelance work and making art, I had  two music video shoots back to back  two weekends in a row, right before this happened. So, those funds kind of put me ahead of the curve.  I've just kind of been working remotely, for the most part. I've been editing my own films. Now I have time to do that, whereas  they've been sitting there for almost three years, I have  two or three. I just did a music video recently which was a very interesting thing because the director was working from New Zealand and we have to stand six feet apart...

DAMANI POMPEY is a native of Brooklyn, NY. Pompey attended Fiorello H. LaGuardia High School for Dance, graduating with The Stefanie Silverman Award under the direction of Michelle Mathesius. He graduated Magna Cum Laude from SUNY Purchase’s Conservatory of Dance as an Adopt-a-Dancer in 2012, minoring in Arts Management. Pompey is currently an independent interdisciplinary artist; working as a movement educator, freelance lighting designer, movement artist, and choreographer based in New York City. Pompey has performed repertory by Paul Taylor, Yvonne Rainer, Kanji Segawa, Crystal Pite, Pedro Ruiz, Nathan Trice, Ronald K. Brown, Colleen Thomas, Pat Catterson and Sarah Mettin amongst others. He has been commissioned for work at The Metropolitan Ballet Company (Philadelphia), The Harlem Stage Gatehouse, MoveNYC at Gibney Dance, Montclair High School (New Jersey), Fiorello H. LaGuardia High School, and was also commissioned to present an evening length work for DLab Dance Company (Shanghai, China) in September 2014. He has also presented work at The American Dance Guild. Two of Pompey's choreographed solos, "Felt" and "Whim" were awarded and recognized by the NFAA's YoungArts regional competition in January 2016. In 2017, Pompey worked with VR/TV/Film and is now the choreographer and movement director for HBO’s Random Acts of Flyness. Other credits include The Ummah Chroma, AlJazeera, and Big Vision Creative. He is the current resident choreographer at MVMT Productions and also choreographer and movement coordinator for music artists, Gabriel Garzón-Montano, Harry McNally, and Madelin. He is currently in post production for two movement-based short films. His first independent work, “SAMARITAN,” premiered Summer 2019, in collaboration with Studio INI & A/D/O supported by Mini/BMW. Pompey is the recipient of Kaatsbaan’s 2020 Spring Upstream Residency Award.